Retail Inflation is Soaring—Now What? 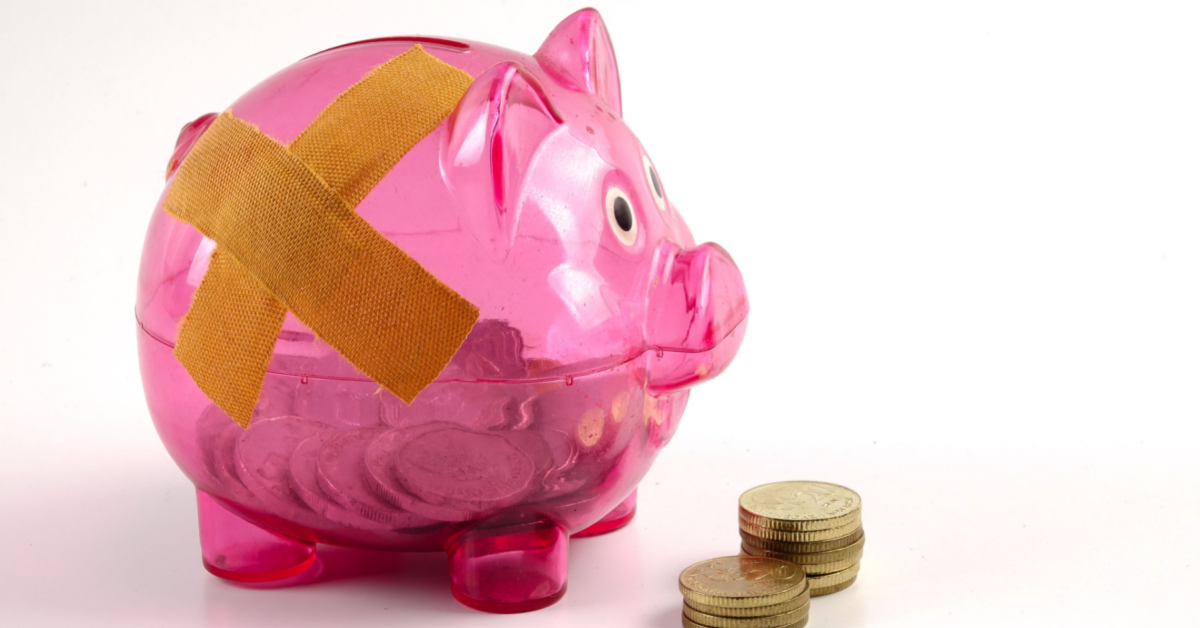 Anyone who’s purchased anything over the past 8-12 months—from a can of tuna to a new SUV—has shared a universal lament—almost everything seems to be getting more expensive. As of this past March, the Consumer Price Index (CPI), the government’s yardstick for tracking inflation, reported an April figure of 8.3%—a nominal .3 drop from the previous month’s 40-year high. 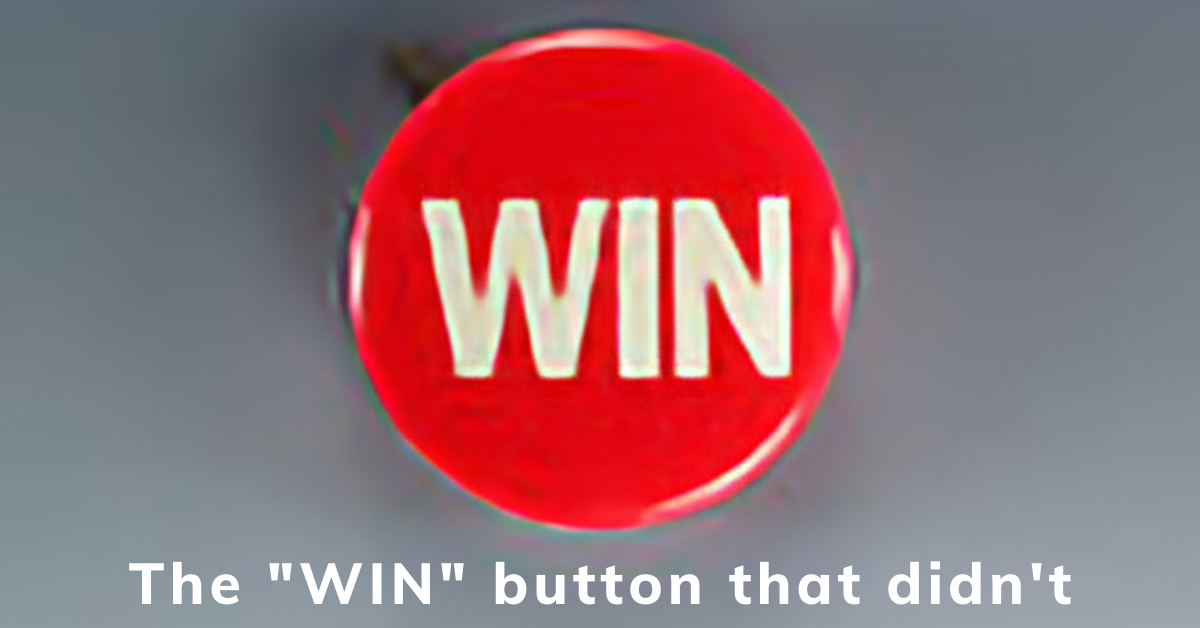 Inflation of course is nothing new—it’s been an element of economics forever. Some of us are old enough to remember—albeit vaguely—President Ford’s 1974 ‘WIN’ campaign—when wearing a red lapel button, pledging household frugality and general optimism represented a national strategy to ‘Whip Inflation Now’ as the CPI raged over 11%. The ‘WIN’ campaign would ultimately fall far short of Ford’s goal—if not go down as an infamous marketing blunder on the New Coke scale.

Most economists will concede some level of regular inflation—around 2% annually—is actually necessary to promote consumption and keep the money supply moving. The government can attempt to encourage “good inflation” by printing more money—though that approach can often be too successful and raise prices too steeply. Externally, inflation is a mismatch of supply and demand that can be classified into two categories:

In large measure, today’s sharp spike of inflation—both cost and demand—was accelerated by the latter stages of the Covid pandemic:

And then came Russia’s invasion of Ukraine—bringing overnight economic sanctions that would throw global oil markets into a frenzy, quickly raising fuel prices—and, subsequently, logistics costs for most consumer goods.

This historic double-whammy of world events prompted the Federal Reserve to attempt to pump the brakes on inflation by raising interest rates a half-percentage point on May 4—the largest hike in over two decades—while hinting similar incremental hikes could be on the horizon. Unfortunately, such “bitter medicine” from the Fed can bring harsh side effects—a volatile stock market, in particular—as these adjustments work toward wrangling inflation back under control.

How does all this affect the immediate future of retailing? It means that pricing optimization strategies are more important than ever in that eternal juggling act—efficiently moving inventory and achieving sustainable margins, while not raising prices to the point of driving away customers and sacrificing market share. A recent report released by RSR Research reveals 80% of surveyed retailers consider pricing optimization “very important”.

For many retailers, margins are bottlenecked because they’re still bound to a reactive pricing structure. They manually wrangle antiquated, one-dimensional spreadsheets—churning last year’s sales data to make “best guestimates” on future pricing and markdowns, then resorting to ad hoc markdowns to resolve gluts of SKUs. Or they take a wait-and-see approach based on what competitors do.

By contrast, an overwhelming percentage of retailers who regularly out-perform their vertical competition—what RSR classifies as “retail winners”—are reaping the benefits of AI and machine learning solutions—leveraging predictive analytics to spearhead a proactive pricing strategy.

In this ever-competitive, inflation-influenced marketplace, AI-driven data science is proving more valuable than ever. RSR’s research highlights that retail winners focus their concerns on consumers, while others are overly worried about their competitors’ pricing moves. In addition, winners consider their primary challenge to be automating their pricing decisions, while others indicated shifting to optimized price points at the right times would be a key benefit. 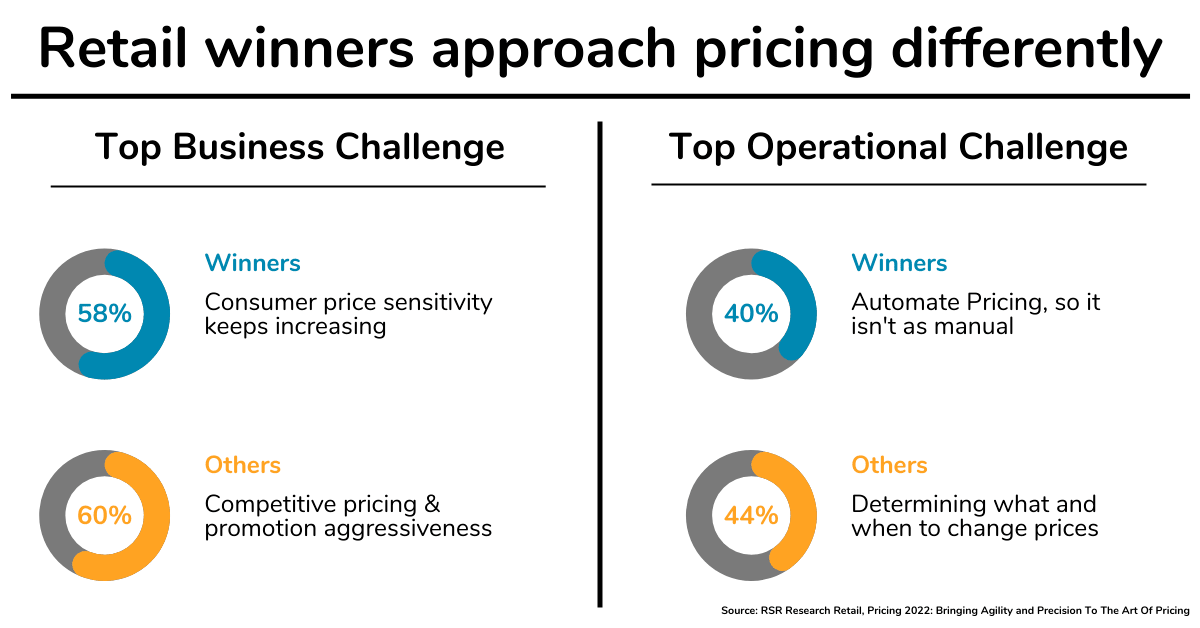 Additional RSR research indicates a whopping 82% of winners deem AI tools “essential”. By contrast, only 56% of non-winners share the same opinion. Even more surprising, 42% of that same group view AI tools as only a “nice to have” or luxury feature—despite 2+ years of rapid change, labor churns and shortages, and other economic volatility.

At the outset of the Covid lockdown, many retailers scrambled to divert their IT resources toward bolstering their omnichannel fulfillment infrastructure to get online orders out the door. Today, in a tightening economy buffeted by sharp inflation—with no end yet in sight—every retailer is on the lookout for any proactive advantage they can find to drive growth, profits, and customer loyalty. Now is a great time to take a fresh look at AI-powered lifecycle pricing solutions.